Still On The Hunt For Lightweight Camera

Following my (reluctant) decision to cancel my D7000 order, I'm wondering whether Samsung's NX10/11 mirror-less body with a Novoflex/Nikon F adapter would make a good 'mountain' camera.
Using my existing Nikon lenses would entail using stop-down metering and manual focus, not a problem for me or the photography I would use this camera for. On the upside, the body/adapter combo weighs in at a good 0.3 kilo less than a D7000 and comes in at half the price...0.3 kilo being another drink or meal that can be carried for the same pack weight ;-)
And, due to that the small size body and the increased clearance as a side effect of the adapter, you might even squeeze on a PC-E lens (however crazy that might look!) and get a good range of tilt/shift movements. Interesting!
Posted by Tim Tucker LRPS No comments:

Nikon D7000: Snatching Defeat From The Jaws Of Victory

I am a Nikon user: in fact, I am a 'Nikon Professional User'. As such, I am pretty satisfied about the two 'professional' Nikon cameras I use (don't ask me about Nikon's own software though, that's a different matter). My Nikkor lenses are pretty darned good to.

But, Nikon, what on earth gives with your new 'consumer model', the D7000? Let me summarise by saying this:

I JUST CANCELLED MY ORDER FOR THIS CAMERA

On paper, the D7000 filled a niche for me: significantly lighter than the D3 series bodies; more resolution; DX sensor so I can do 3:1 panos with PC-E tilt/shift lenses. I could see this being near ideal for overnight mountain-top trips. Not as well built as the D300, but close and good enough. Even the IR remote seemed a better option than the 10-pin cable for the D3/300 (which is really really fiddly, especially with cold fingers).

I checked out the manual (there's a link in an earlier post) for compatibility with the PC-E lenses. Apart from the expected limitations with metering (not accurate with tilt/shift applied) and focus confirmation, neither of which bother me, no other problems were mentioned.

So, my order went in, along with the aforementioned remote, a Arca Swiss plate direct from Kirk and a spare battery. A few days ago I browsed Thom Hogan's site, and clicked through to his D7000 review posted on December 19th. Long story short, Thom warns that the PC-E lenses do not even physically fit very well, without risk of damage to lens/body, not to mention fingers.

Since I trust Thom Hogan's advice more than Nikon's, my order got cancelled.

In my mind, there are two ways that this could have happened: human error (ok, we all do that - but really, is there just one person in Nikon who's tried to attach a PC-E lens to this camera?); or a deliberate attempt to hoodwink customers? Honestly, if Nikon thinks it's a good idea to hoodwink customers, especially those who are willing to cough up £1500 for a PC-E lens, then be prepared to watch those same customers walk. Not today, not tomorrow, but may be not that far off either.

Some might argue that wanting to use a PC-E lenses on a consumer-grade body makes me part of a small minority. Probably right, but given that the 16mp D7000 packs a higher pixel density than even the current top-of-the-line pro DSLR, the 24.5mp D3x (10.5mp in DX mode), I can see tilt lenses being highly desirable on the D7000 for landscapes and macro. It's the only way to get the best out of the resolution whilst making maximising the effectiveness of the depth of field at middle-apertures (f/5.6,f/8), so avoiding the diffraction limiting that comes from having to use small apertures.

PS There'll be some tasty D7000 accessories on ebay in the new year.
Posted by Tim Tucker LRPS 2 comments:

Email ThisBlogThis!Share to TwitterShare to FacebookShare to Pinterest
Tags: review 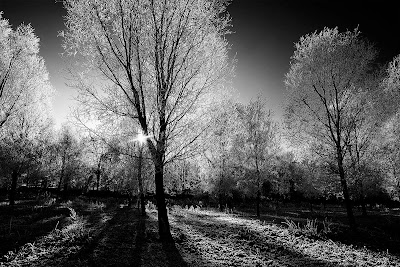 Email ThisBlogThis!Share to TwitterShare to FacebookShare to Pinterest
Tags: panorama 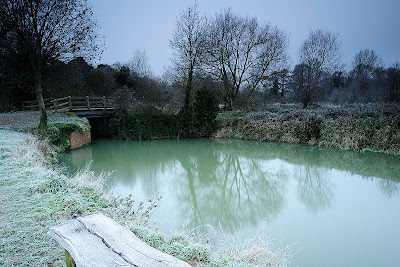 The Lee 'Big Stopper' continues to impress. Here I used it to enhance the reflection of the trees. The water was quite calm but the 2 minute exposure has produced the impression of a glass-like surface.
Posted by Tim Tucker LRPS No comments:

Email ThisBlogThis!Share to TwitterShare to FacebookShare to Pinterest
Tags: review

Nikon's new D7000 looks great, highlights for me, in order of importance to me are:

Of course there are loads of other features, such as HD video, which I don't really need, but as a light weight camera to take to the mountains, it has a lot of appeal.

Shame though that yet again, batteries have changed, as has the additional grip. The latter seems over-priced as it doesn't offer any additional speed (as it did with the MB-D10 for the D300/700).