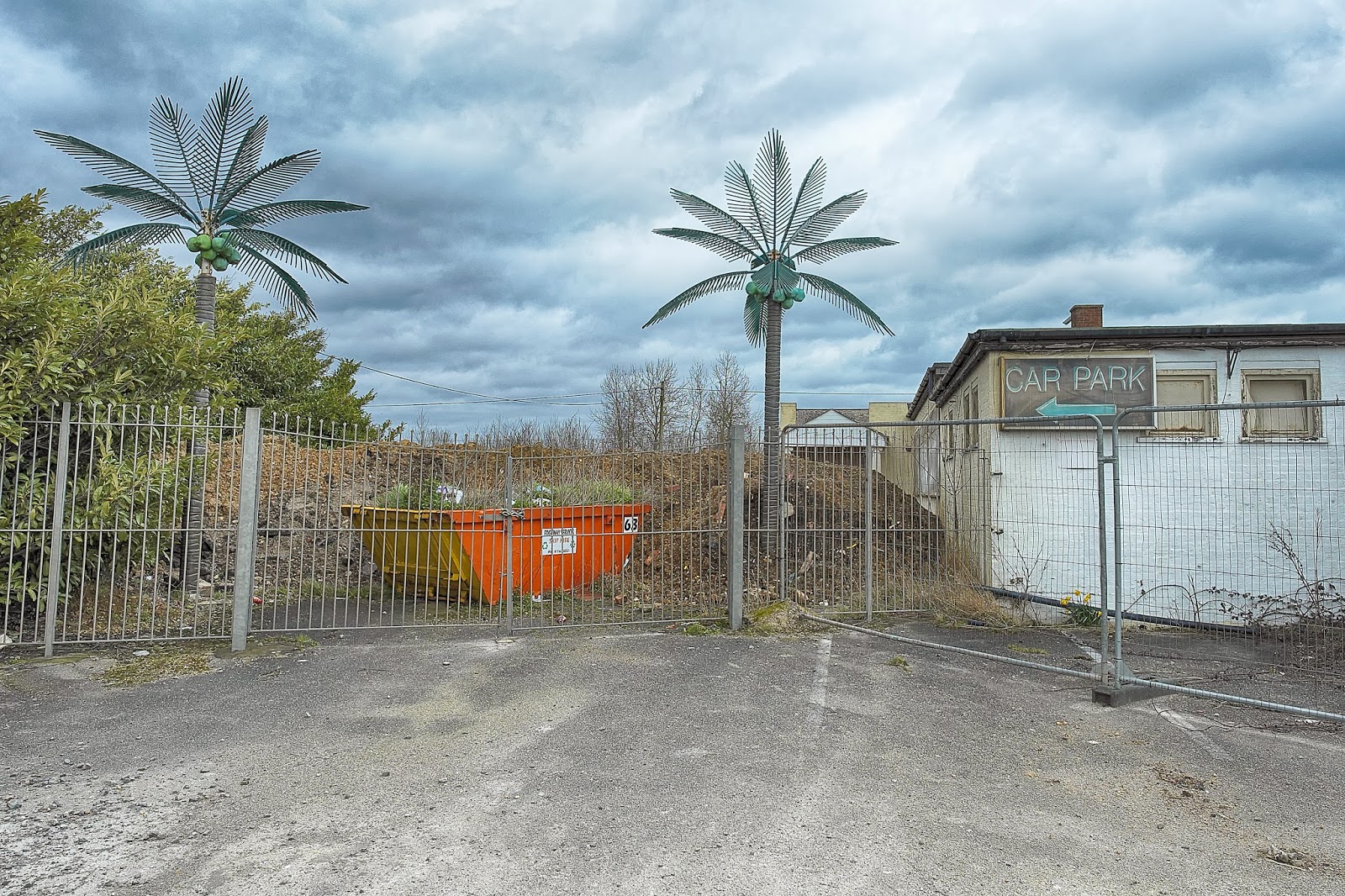 Above taken with Fujifilm X-Pro 1 and 14mm lens, raw file converted to tiff using Silkypix and then Nik HDR Efex applied in Photoshop.

I love the X-Pro 1, which I traded my Nikon D7000 for, having switched both my other DSLR bodies to FX (full-frame) variants, and sold off most of my DX lenses, the otherwise excellent DX D7000 was a bit 'orphaned' in my kit bag. I would have hung onto it, but as Nikon continues to have a confused strategy for DX lenses, I've now bought into a parallel system, and I'm very glad that I did.

The X-Pro 1 is not exactly compact for a 'Compact System Camera', but is more so than a DSLR and is substantially lighter, despite it's tough build. All the lenses I've tried (14/18/35/60) are excellent, and there's already enough range there to satisfy me.
Posted by Tim Tucker LRPS No comments:

Well, it's been a while. The obvious answer to not being able to keep one blog updated is to start another one. Introducing my Open College of the Arts blog here!

Anyway, onto the main subject of this post - smartphone cameras have been getting increasingly more competent, such that they are eating away at compact camera sales. After all, a compact, no matter how compact, is just another thing to carry, and why bother when you have a very competent camera in the thing you always carry with you: your mobile phone?

When it came to upgrading my phone at the end of my contract, having had a succession of Blackberrys, Android phones and an iPad, I decided to try something different. Now, Windows Mobile may not be everyone's first choice for a mobile operating system, but it was Nokia's, and the sweetener is the innovative cameras in their Lumia range of handsets.

First off, lets get that Windows OS covered. Long story short, I found it refreshingly different, but slick and intuitive. It took me no time at all to get the 1020 configured: adding Exchange and Outlook email you would expect to be easy, but Google mail was equally as slick. It all runs smoothly with no fuss.

The phone itself is nicely engineered, not perhaps as overtly 'premium' as offerings from Sony and Apple, but never the less solidly made with a polycarbonate body and a metal fascia to the protruding camera portion at the rear.

Ah, that camera, yes that 41 megapixel camera. Okay, lets not get too excited, these are tiny pixels so I won't be selling my Nikon D800 any time soon, but on the plus side the 1020 has a Zeiss lens and a 'proper' xenon flash, not a wimpy LED. A bonus on a particularly cold day in Birmingham (see image below), is that the touch screen can largely be operated with gloves on - I only say 'largely' as the smaller menus can be tricky, but selecting the focus point works quite well.

I had to apply a couple of updates to get the Nokia 'Black' software that gives the ability to shoot in RAW, after which you have the choice of 38MP 4:3 images stored as Adobe Digital Negatives (DNG), or the same at 34MP 16:9. The camera also saves a 5MP jpeg alongside these, convenient for sharing via social media. The jpegs can be automatically uploaded to Microsofts cloud storage Skydrive (7GB free when you setup a Microsoft account).

DNG files can be opened in Adobe Camera Raw and processed in Photoshop. So far, I'm pretty pleased with the results. One thing I did pretty quickly was to purchase the accessory camera grip. This is easy to fit and remove, and provides a much needed grip, and boosts the battery capacity by 50%. With very frequent use of the camera, I found the grip kept the main battery at 100% for about 5 hours, before giving up and letting the handsets' battery take over. There's also a tripod socket, which isn't very useful* and a big shutter button, which is. Like the dedicated shutter button on the handset, the latter can invoke the camera pretty quickly even when the phone is locked (although you can then shoot, you can't get into the 'settings' menu without unlocking it).

Downsides? Well, your choice of apps with Windows Mobile is quite limited compared to Android and Apple, but the upside to this is may be the quality is that bit higher, and you won't be as tempted to bloat your phone out with stuff you don't use, or doesn't work that well.

Also, there is no internal storage upgrade option, so you're stuck with 32GB (64GB is coming), so you might need to change your habits a little if you want to take lots of high resolution images - like streaming music rather than storing mp3's.

It would be nice to be able to control the aperture (you can adjust shutter in Nokia's Pro Camera app, but you can't see what the effect is on aperture), but then again we're never going to achieve mega-shallow depth-of-field effects with a sensor this small.

Overall though, a very competent camera with a smartphone attached. The quality of Nokia's engineering shines through (as it always has, even when saddled with the outdated Symbian OS), and so it makes a welcome addition to my photographic tool set.

*If I'm going to bother carrying a tripod, I'm likely to bother taking a 'proper' camera.
Posted by Tim Tucker LRPS No comments: